An interview with Iemoto by Cerith Wyn Evans is now available!

A letter of correspondence between artist Cerith Wyn Evans and Iemoto Akane Teshigahara, organized by Taka Ishii Gallery, has been published as an article in "FUN PALACE".
Please take a look.

Mr. Cerith Wyn Evans is an artist with whom we have a close relationship, having exhibited an installation at Sogetsu Plaza in the past.
Please enjoy the poetic exchange between the two of them around the seven questions.

Sofu Teshigahara, the founder and first Iemoto (head of a school of Japanese arts with familial succession) of the Sogetsu school, interpreted ikebana as a visual art, and founded Sogetsu in 1927 in pursuit of free expression with a strong emphasis on originality. Along with Bunpo Nakayama, Houn Ohara, and others, Sofu led the avant-garde ikebana movement, and is renowned as an advocate of innovation in ikebana. He wrote that “Ikebana can be comparable to painting, or music or sculpture,”* and breaking radically with the conventions of the art, he boldly incorporated stone, metal, ceramic, concrete, and discarded objects into his arrangements. From the 1950s through the 1970s, he prolifically held exhibitions and ikebana demonstrations throughout Europe and the US, gaining international recognition as a revolutionary in his field. He had wide-ranging interactions outside Japan with the art critic Michel Tapié, artists affiliated with Art Informel, Joan Miró, Salvador Dali, and Andy Warhol, and in Japan with the avant-garde art groups Jikken Kobo and the Gutai Art Association. In 1958 he established Sogetsu Kaikan (designed by architect Tange Kenzo), a base of operations in Akasaka, Tokyo.
Sofu’s son Hiroshi Teshigahara, who would later become the third-generation Iemoto, assumed the post of director of the Sogetsu Art Center (established in conjunction with the Sogetsu Kaikan), a venue for artistic presentations and interactions. Hiroshi expanded the Center’s scope to encompass avant-garde art of all disciplines, and organized events showcasing music, theater, film, performance art, animation, and more, turning the Center into a major hub for the advancement of the avant-garde in Japan. Events such as John Cage’s visit to Japan for “John Cage and David Tudor Performance” (1962), Yoko Ono’s happening “Cut Piece” (“Ono Yoko Farewell Performance”, 1964), Robert Rauschenberg’s public painting performance “Twenty Questions to Bob Rauschenberg” (1964), and the “Merce Cunningham Dance Company Japan Performance” (1964) had enormous impact and influence in Japan at the time, igniting creative firestorms in diverse fields.
Akane Teshigahara, Sofu’s granddaughter and the current, fourth-generation Iemoto, describes ikebana as “a practice that liberates,” and while continuing the Sogetsu tradition of imbuing flowers with the originality and unfettered expression of the ikebana artist, she is also actively engaged in the creation of works that present the ikebana process as a performance, and has been actively creating works centered on “arranging spaces” and “sharing spaces,” including stage designs for Kyogen theater and contemporary dance. Also, under the circumstances which made difficult to gather to carry out ikebana as usual during the pandemic, she has presented more boldly experimental exhibitions that include ikebana arrangements without water, using various materials such as dry branches, fruits, seed pods and so forth that have withered naturally in fields and mountains, dyed materials, stone, and iron.
Cerith Wyn Evans, an artist and great admirer of Sogetsu ikebana, asked Teshigahara Akane several questions.
—
Note* Sofu Teshigahara, “The Fifty Principles of Sogetsu”, Rule 31, Sogetsu Bunkajigyo Co., Ltd., 2004. 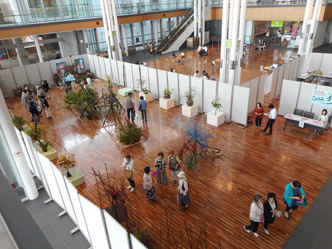 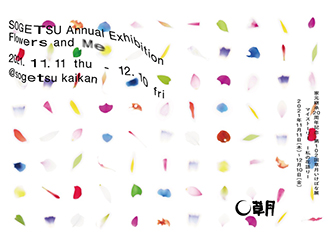 We will share about the 102nd Sogetsu Annual Exhibition to Celebrate Iemoto's 20th Anniversary "Flowers and Me" which wa... 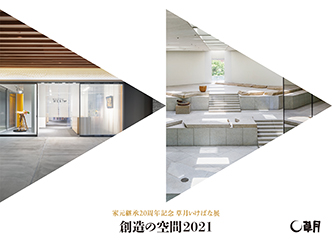 Here are some photos of the works from the Sogetsu Ikebana Exhibition "Creative Space 2021 WEST", which is being held at...