In commemoration of the 20th anniversary of Akane Teshigahara's succession as Iemoto, you can view the online contents of the special exhibition "Iemoto 20th Anniversary Special Exhibition: Hengen – From Hiroshi to Akane" and The Showing of Iemoto Hiroshi's Visual Works at Sogetsu Kaikan.
This year also marks the 20th milestone anniversary of Hiroshi Teshigahara’s passing.
On this special exhibition, a group of Iemoto Akane’s ikebana works using Hiroshi’s ceramic objects will be displayed at the Sogetsu Plaza on the first floor of the Sogetsu Kaikan for three days starting on April 14th, the date Hiroshi passed away. In the Japanese Room on the 5th floor, Iemoto Hiroshi’s valuable visual works will be shown.

Hello, everyone. I’m Akane Teshigahara of the Sogetsu School.
This April, exactly twenty years have passed since I succeeded my father and became the 4th Iemoto.
My deep gratitude goes to all of the Sogetsu members who have continually supported me since then, and to all those who love and encourage Sogetsu Ikebana. Thank you very much indeed.
Two decades ago, the previous Iemoto , my father Hiroshi, had gone and left me feeling alone. However, I was and still am surrounded by wonderful people whose warm support and kindness helped me to overcome difficulties when I felt lost, when I was troubled, or when I faced a big challenge and felt overwhelmed. Without their support, I know deep down , I could never have reached where I am now. I am sure of this.
Since its foundation, the Sogetsu School has constantly kept pace with the times. We have continued to express the spirit of each age and the minds of people through flowers. In this time of unforeseeable problems, I want to make ikebana that will offer a ray of hope, an arrangement that will bring people together, and a work that will open people’s hearts. I will commit myself to my creative activities with those aims.
Just as in the past, I mean to continue to share the beauty and the joy of ikebana with everyone in the future.

Outline of the Exhibition

As Hiroshi said, “Ikebana is something that takes on a new form in its own time,” the Sogetsu School of Ikebana has repeatedly taken on a new charm under the leadership of successive generations of Iemoto, and transformed itself while reflecting each era as its background.
In the group of works in this exhibition, Hiroshi’s powerful creative power and Iemoto Akane’s vigorous expressions resonate together with each other. They are not only an encounter of sensibilities plotted by the passage of time, but also symbolize the attitudes of the two artists who moved forward with an overflowing desire for creation, never changing through all ages.

Kiyoka Ozawa’s works are decorating the Japanese room during the exhibition. 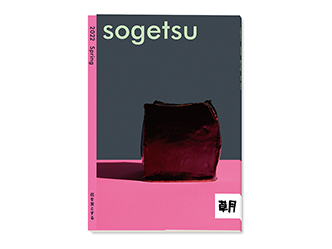 Sogetsu Magazine 2022 Spring is on Sale!

Be a good friend of flowers. 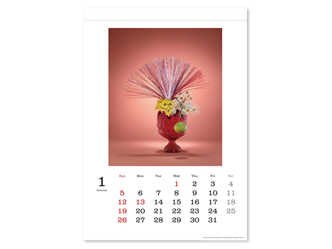 Let's start a new year with the Sogetsu Calendar and Sogetsu Pocket Diary!These stocks are limited so please buy as soon... 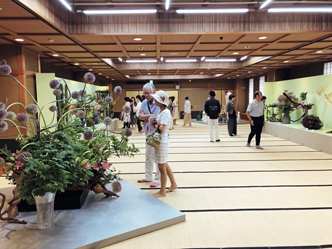 The Osaka Branch Exhibition "Flowers for a Brilliant Future" was held at Osaka Art Club on Saturday, June 22nd and Sunda...